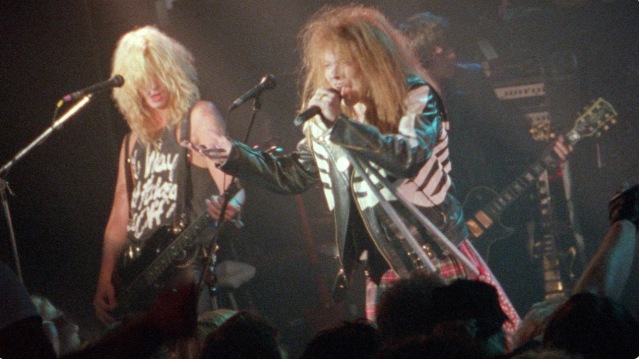 In anticipation of the re-release of Appetite for Destruction, Guns N’ Roses have debuted the never-before-seen music video for “It’s So Easy”, available only on Apple Music.

It was filmed in 1989 at The Cathouse in Los Angeles, a music venue owned by former MTV personality Ricky Rachtman. Sitting in a vault incomplete, the video was re-edited for the 30th anniversary Appetite for Destruction: Locked N’ Loaded box set.

The set costs $999. Yes, you read that correctly. But it includes 49 unreleased tracks, 25 of which come from the band’s sessions at Sound City in 1986.