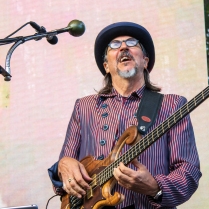 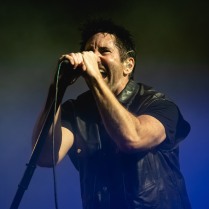 Burbank, CA – On March 16th, 2009, Serj Tankian, a Grammy Award winner and one of rock’s most unconventional frontmen, took the stage at the majestic Auckland Town Hall in New Zealand with the Auckland Philharmonia Orchestra to perform a very special orchestral interpretation of his critically acclaimed debut solo album Elect the Dead. The dynamic one-off performance was recorded and filmed in HD by six cameras, and the dramatic result has been captured in Elect the Dead Symphony — a CD/DVD that will be released by Serjical Strike/Reprise Records on March 9, 2010.

With the Auckland Philharmonia Orchestra at his side, Tankian’s epic songs and operatic vocals take on a whole new sense of grandeur when performed by a full 70-piece orchestra, while the DVD’s sweeping edits showcase the drama of the concert. This unique meshing of two very different musical worlds was a vision Tankian has long wanted to make a reality. What sets Elect The Dead Symphony apart from other successful pairings between rock artists and orchestras is that Tankian specifically rearranged his songs to be performed with only orchestral instruments.

“I was elated to have the opportunity to arrange my songs from Elect the Dead for a full orchestra with the APO,” says Tankian. “The arrangements are quite different than those on the record, including bonus tracks never played live.” Both bonus tracks, “Gate 21” and “The Charade,” have never been released and are included on the CD, CD/DVD, and vinyl formats of Elect the Dead Symphony. The DVD also features rare and intimate backstage footage, as well as one-on-one interviews with Tankian and various members of the Auckland Philharmonia Orchestra.

John Ure, the APO’s Director of Operations, is equally as excited about the partnership, saying: “I was introduced to the music of System of a Down several years ago and became a fan after hearing the first song. Next thing I knew I was speaking with Boh Runga about a dream of mine of the APO performing Serj’s music on stage and as it turned out, she knew him and was able to pass on this idea. It seems that dreams do come true! The excitement and anticipation is almost unbearable!”

Elect the Dead Symphony will be released as a deluxe CD/DVD 6-panel digi-pack with an eight-page full color booklet, on vinyl in a double gatefold jacket with full color insert, and as a CD-only version in a standard jewel-case with a 12-page full color booklet. Each version of the packaging features unique images not included in the other formats.

The album’s track-listing (see below) contains elements of psychedelia, classical, and the trademark surrealist images and skewed time signatures that Tankian has made his own, all of which were scored by Tankian himself and arranged for full orchestra by respected New Zealand composer John Psathas. The album has been mixed by Dutch musician Junkie XL, known for his remixes for such artists as Britney Spears, Beastie Boys, Coldplay, Michael Bublé, Madonna, Scissor Sisters, Sarah McLachlan, and many more.

Elect the Dead was released by Serjical Strike/Reprise Records on October 12th, 2007 and received glowing reviews from various media, including the Los Angeles Times, which called it “brutally engaging guitar-rock” with “steely lyricism and throttling textures,” while Rolling Stone noted that it “delivers amped, intricate, and political hard rock.”

The track-listing for Elect the Dead Symphony is as follows: