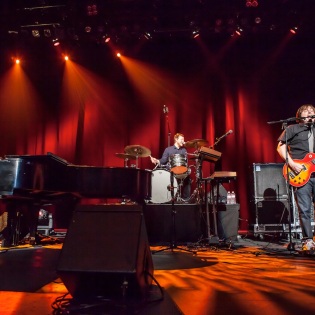 Just about 21 years after his last album of new material, Peter Gabriel has released the lead single from his forthcoming album i/o. A 5-minute offering titled “Panopticom”, the track coincides with the first full moon of 2023 and brings musical cues from the albums Us and Up. Peter had hinted to new material being prepared back in 2005.

New songs are scheduled to release with each full moon, and Gabriel had the following to say about “Panopticom”:

“The first song is based on an idea I have been working on to initiate the creation of an infinitely expandable accessible data globe: The Panopticom… We are beginning to connect a like-minded group of people who might be able to bring this to life, to allow the world to see itself better and understand more of what’s really going on.”

The new song was written and produced by Gabriel, with performers including longtime collaborators Tony Levin, David Rhodes and Manu Katché, as well as electronics by Brian Eno and backing vocals from Ríoghnach Connolly of The Breath.

2023 will see Peter Gabriel touring for the new album, with North America dates expected to be announced soon. No release date for i/o has been given at the time of posting.

No release date for i/o has been given at the time of posting.