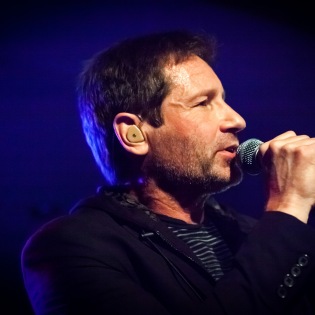 It’s coming soon, the first new album of material by San Francisco’s Faith No More since 1997. The new album Sol Invictus will be released on May 19th.

No, it doesn’t sound like “old Faith No More” or anything like that. It’s definitely it’s own body of work that stands out in their lineup of releases. Many of the tracks have a lower-key, haunting feel with singer Mike Patton choosing a bassy growl over soaring melodies. However there are some tracks that very much harken back to the 90’s FNM you’d be familiar with (especially the King for a Day… Fool for a Lifetime era).

The new material is a natural progression, and makes the 18-year gap of time between Sol Invictus and Album of the Year seem vastly smaller.

To start, you are subtly eased in with the tribal title track, before launching into the already-familiar “Superhero”.

“Sunny Side Up” is an oddly groovy tune with some big distorted choruses and just a bit of 70’s cop-chase guitar, which then drops you into “Separation Anxiety”… an urgent and nervous tune with a Tool/Marilyn Manson-esque metal feel. The Mike Patton vocal stamp is all over this one.

“Cone of Shame” is classic heavy/driving FNM, followed by “Rise of the Fall” – a tune with a haunted European flare, a huge chorus, and a very Mr. Bungle -esque breakdown… before sauntering back into it’s candle-lit glass-of-red-wine tone at the end. This one is my favorite at the moment.

The album keeps up the urgent pace through “Black Friday”, cooling down a bit for “Motherfucker”. “Matador” then comes along… it’s huge. Glorious. Heavy drums, soaring vocals… very powerful and very reminiscent of the early/mid 1990’s.

“From the Dead” closes the record with what I can only describe as “something that might be in the ending credits for an Italian Western movie”. If that’s even a thing.

It’s a very good album. Perhaps not quite on the level of their heyday, but still a welcome addition that warrants many repeat listens. So far, the best “reunion” album I’ve heard.

Bottom Line:  Sol Invictus is like a classy, creepy cowboy dinner party in a haunted mansion. Interesting, tense and uncomfortable in between bursts of violent ghost attacks. Despite the time off, Faith No More has returned after 18 years with a sound more inventive and insane than ever. And I think that’s the statement we were all hoping to hear.