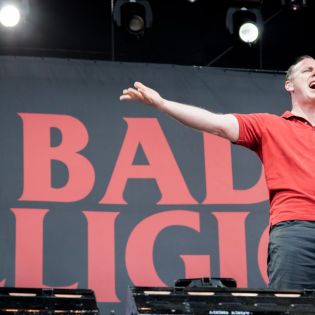 I’m not a big country music fan. I’m not. I have even lived in Nashville for a year and managed to stay away from all things country music. I keep telling myself I do not like country music as I listen to the new album by Band of Hoses Mirage Rock.

I am not a big fan of country music but I really like Band of Horses. Now, if you ask them they will tell you they’re a mix of blue, folk, country, and rock. I think that is what helps me justify that I’m listening to country music. They’re a mix of that old timey blues rock which didn’t surprise me when they chose the legendary and well-credentialed Glyn Johns ( Bob Dylan, the Beatles, the Who, Led Zeppelin, the Eagles) to produce the album.

Mirage Rock is such a great album. It is so easy to listen to. As soon as you start the album you are meet with their signature brand of harmony but there’s something a little different. This is a rock song. Pure and simple. There is a rock hook, melody, and chorus. Chord progressions are rock progressions. The drums are in your face. Finally! Some Band of Horses songs we can tap our toes to!

The following tracks are a blend of rock, blues, and a few tracks of that nice slow melodic folk that they do best.

Some of my favorite tracks include “Knock Knock” and “Fued” which are both great fast paced tracks that are easy to listen to on repeat.

Bottom line: I have been trying to find the words that would best describe this album. But I’m not sure I can. You just have to listen to it yourself. Again, I’m not someone who really gravitates toward this genre of music but there is something about Band of Horses that is both classic and new all at the same time.