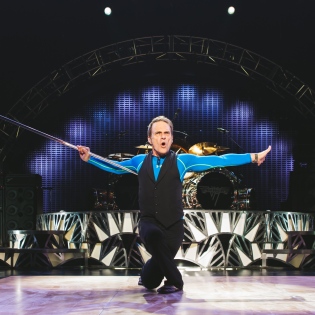 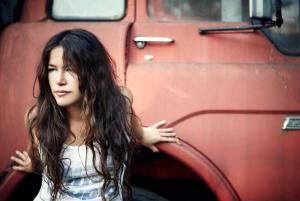 Acclaimed singer-songwriter Rachael Yamagata,’the troubadour of heartbreak’, today announced an extensive run of U.S. live dates kicking off on November 15th at Electric Owl in Vancouver, BC and wrapping up on 3rd & Lindsley in Nashville, TN.  She begins with a NYC September residency at the Rockwood Music Hall.

Past highlights include opening solo for David Gray at Madison Square Garden, being the guest of Pete Townsend, sharing the stage at Carnegie Hall with R.E.M. and Patti Smith, performing for the President and hosting a tweet dialogue at the White House. Recently, she joined Steve Earle, jazz great Allen Toussaint and The Wood Brothers for a tribute show to Woody Guthrie.

This year involved 8 months of worldwide touring and a performance cameo in the new movie ‘Renee’ (the true story that launched the movement TWLOHA). Australia’s The Voice winner Karise Eden reached #1 with Rachael’s song ‘You Won’t Let Me’. Rachael currently has songs placed in the film ‘Hope Springs’ as well as the show ‘Pretty Little Liars’. Appearances on 30 Rock, Carson Daly, The O.C., One Life To Live, Jay Leno and Conan O’Brien and placements in ‘Grey’s Anatomy’, ‘Brothers and Sisters’, ‘The L Word’, ‘How I Met Your Mother’, ‘Prime’, ‘Bella’, ‘Monster in Law’ etc. keep broadening her fan base. NPR and Perez Hilton have supported her, famed photographer Jungman Kim calls her ‘his muse’ and writer/journalist/ broadcaster Katherine Lanpher cites her as the only twice invited guest of “Upstairs at the Square” (first with revolutionary novelist Alaa-Al-Aswany – The Yacoubian Building and more recently alongside Bill Clegg – Portrait of an Addict as a Young Man and 90 Days).