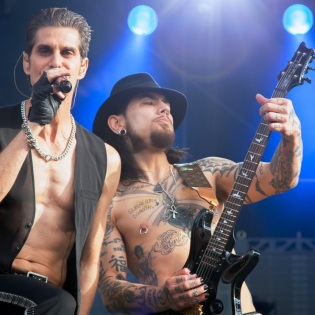 Bay Area rock outfit BLACK MAP have signed a worldwide deal with Entertainment One Music (eOne) with plans to release a new record in the early part of 2017. “We are extremely happy to announce that we signed with eOne,” says singer and bassist Ben Flanagan. “We recently began recording our second record in Oakland, California and will complete it as we return from summer touring with Bush and Chevelle.”

BLACK MAP features Dredg guitar player Mark Engles, Far/††† (Crosses) drummer Chris Robyn and singer/guitar player Ben Flanagan of The Trophy Fire. The band released their debut album, …And We Explode back in 2014 to some high critical acclaim. Within a month of their first jam session, the trio hit Hellam Sound in Oakland with producer Aaron Hellam behind the board. They cut their independent Driver EP, featuring their standout song, “Gold” and went on to support Chevelle on tour and play various shows with the likes of Circa Survive, Highly Suspect,  ††† (Crosses), Tombs, Pelican, and Kill Devil Hill.

The band has been on the road supporting BUSH and CHEVELLE for the past few weeks and will continue on that run until mid August. Click here for all tour dates. 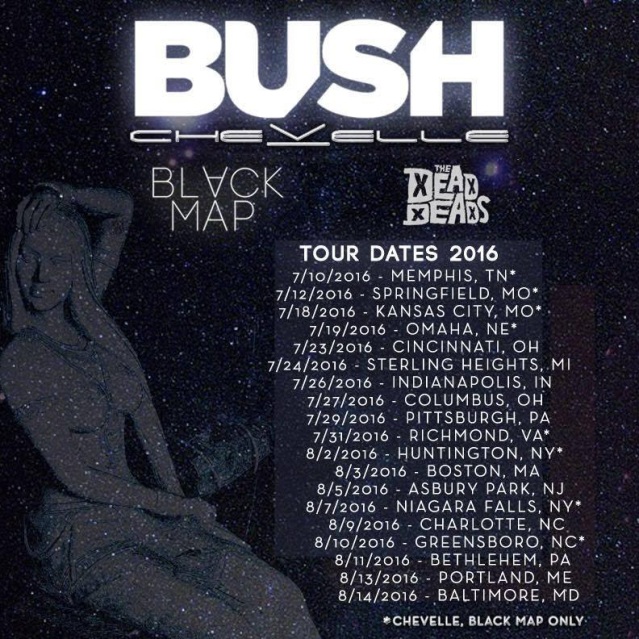